Burroughs mentions Sinclair Beiles a few times in the later part of this interview.
Posted by Gary Cummiskey at 2:50 AM No comments:

Interview with Gary Cummiskey and Eva Kowalska about Who was Sinclair Beiles? on Litnet

Interviewer Janet van Eeeden: I found Who Was Sinclair Beiles? a fascinating read. It was so interesting to read about Sinclair Beiles, someone I didn't know much about, from so many different perspectives. The interviews between Beiles and Gary Cummiskey and Beiles and dawie malan especially throw much light on the nature of the man himself. The essays by Cummiskey, malan, Earle Holmes, Alan Finlay, Eva Kowalska, George Dillon Slater and Fred de Vries serve to delve behind the man's words and give us a glimpse into a unique character. I'd be grateful if you answered a few of my questions about this enigmatic man....
Read more here
Posted by Gary Cummiskey at 12:46 AM No comments:

Posted by Gary Cummiskey at 3:05 AM No comments: 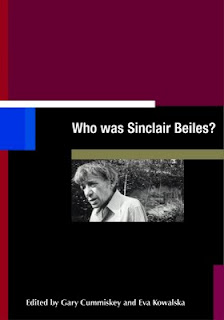 Poet Robert Berold writes about Who Was Sinclair Beiles?:

I thought the Beiles book was excellent - nice balance of interviews and essays, thorough bibliography, well edited, good design, readable and inviting. And as far as I know the first non-academic book about poetry to appear in South Africa for years (ever?). Definitely not a booklet as Stephen Gray called it in his M&G non-review. I wish all our poets got such attentive treatment.

It's sad that Beiles's work and his mental state went kind of downhill. But he did write some good poems -the best of them of full of startling images, going off on tangents in interesting ways. An aesthetic that no other South African was doing. And he wrote about his madness with courage and humour.

I had a few meetings with him, and like everyone else, had to deal with his erratic attitude (which started with his proclaiming me a great poet and degenerated over time to the death threat 'by spells' quoted in Dawie Malan's essay).

Once when I was visiting him, he said "Would you like a suitcase?" and produced a very battered very heavy leather suitcase. Which my computer monitor now sits on - so I live with a reminder of Beiles every day.

Howling to be a Beat 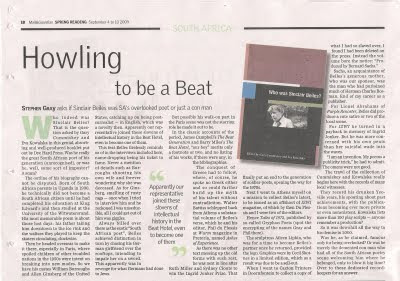 Posted by Gary Cummiskey at 12:26 AM No comments: 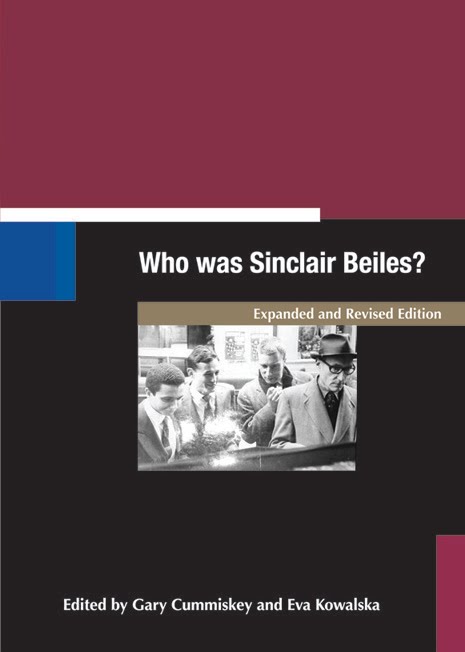 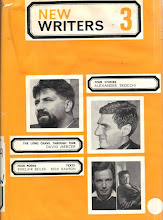 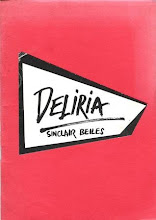 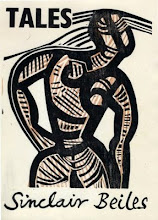 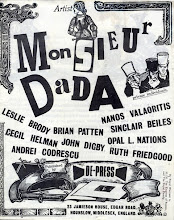 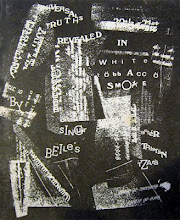 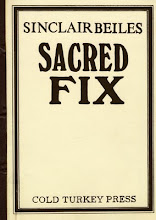 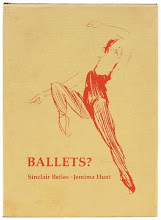 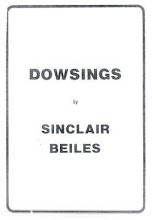 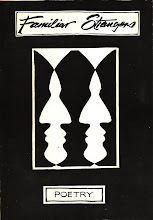 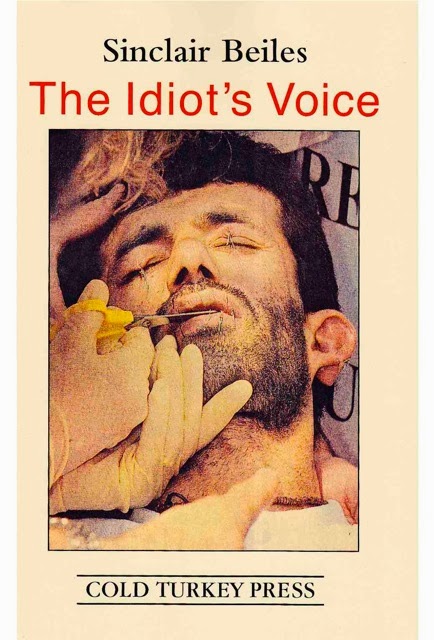 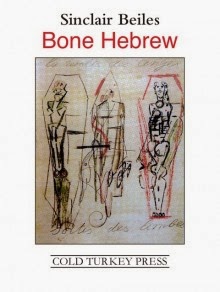